Our next morning, we slept in until 9ish thanks to our jet lag but were out the door to go sightseeing by 10:30am.  We headed to the Coliseum and the Roman Forum.  However, the Rome marathon was in full swing and it was directly between us and the Coliseum so we braved the crowds.  We literally had to walk right past the finish line so it was an unbelievable mass of humanity that we had to slowly crawl, push and shove our way through.  Not fun.

We arrived at the Colisuem, also known as the Flavian ampitheater, which was built between 70 and 72 A.D.  The building has served many purposes but is best known as the site of gladiator battles and spectacles.   I had gone online back home and purchased/printed advance entrance tickets that get you into the Coliseum and the Roman Forum, which promised that you get to “skip the line” but I knew we would still have to wait in line to go through security.  What I did not expect was the longest line I have ever seen that was ironically labeled the “skip the line” line.  This was longer than the Eiffel Tower, Rockefeller Center, Disney World, etc…  Apparently the only way to really “skip the line” is to go with a private guide or tour.

So, we took some pictures of the Coliseum and walked around it instead.  You can kind of see inside of it from various spots because some of its outer walls have fallen down from previous earthquakes and calamities.  One side of it was under scaffolding as it’s continually being restored.

The good news is that we walked over to the Roman Forum and there was a line there as well but with the tickets we bypassed that line and walked right in so the advance tickets weren’t a total waste. I had Rick Steve’s Rome Through the Back Door tour book which has an excellent walking guide to the Forum and explains all the ruins and sights.  I’m not sure Steve was impressed with my reading/explaining everything to him but I enjoyed playing tour guide. This was probably my favorite thing we saw and did while in Rome because I love history and it was nice to simply self-guide ourelves through the entire complex, which was relatively uncrowded.  We also had the most incredible weather this day – mid 70’s, sunny and no humidity.

We visited the Temple of the Vestal Virgins, Caesar’s funeral pyre site, the Senate, the Agora and multiple temples and ancient buildings.  What amazed me the most was that the entire site was literally left as Rome’s salvage yard for centuries.  Many of the columns and statutes you see inside the Vatican for instance were simply scavenged from the Forum over time. Our other favorite thing we discovered was Rome’s amazing water fountains – they are everywhere and the water is cool, crisp and has a nice minerality to it and is extremely clean and clear.  Once we discovered this, we never paid for another bottle of water in Rome.

After the Forum, we trekked back through the horrible marathon site again and worked our way over to the Trevi Fountain, which recently reopened after a massive renovation.  It’s beautiful but again it was so crowded that I didn’t even bother trying to work my way through the crowd to throw in a penny and make a wish.

We also stopped by the Spanish Steps which were completely covered in scaffolding so I didn’t even bother with a picture. We then walked around until we found a small random trattoria on a side street, ordered some cold Peroni beers and shared a pizza.  Now we were in business!  Our dogs were barking after all the sightseeing so this food and beer was on time. We had a long, leisurely lunch.

We headed back to our apartment but stopped by the small Enoteca around the corner and perused his selection of wine.  Turned out that he only sold organic, biodynamic wine.  The owner was a bit gruff and his English was limited but we were able to communicate well enough to get some recommendations and picked out a few bottles.  We sat on our terrace for the afternoon, sipping a lovely Italian pinot noir and watching the market below.

For dinner, we decided to go with our apartment owner’s recommendation, especially given the failed dinner the night before.  The restaurant, La Quercia, was my favorite meal we had in Rome (and we had dinner at Aroma, a Michelin starred restaurant our last night but I liked this better).  It was a small and unassuming local place around the corner but the service was friendly, it was all locals dining there and the food was incredible.  We shared an appetizer of buffalo mozzarella with prosciutto and then I had a wonderful Pasta Carbonara with guanciale and the pasta noodles  were light and airy with a touch of sauce and a good dose of salty parmesan cheese.  Steve had a peppered veal steak that he also loved.  The wine was flowing and it was a much better evening!

Note to self:  I don’t know what fairy dust they put in those biodynamic wines but I swear they never gave me a hangover…and I fully deserved one with as much wine as I drank.  After that, we tried to only buy biodynamic/organic wines for the rest of the trip! 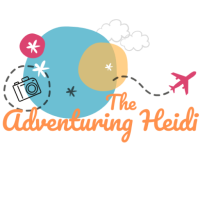