Last week Steve and I traveled to Oregon for vacation.  We spent our first three days on the Northern Oregon Coast at Cannon Beach, which is about a 2.5 hour drive west from Portland.  I’ll post a review about the hotel we stayed at on Cannon Beach separately (spoiler alert – we LOVED our hotel) and will focus on some various activities you can do in the area.

Walk the Beach and Check Out the Scenery

I know!  It’s so obvious but Cannon Beach is a great beach for walking at low tide.  It has hard pack sand closer to the waterline so you can easily walk or jog on this beach with or without shoes.  At low tide there are also multiple tidal pools where you can see sea anemones and big starfish. The beach just goes on and on so you can literally walk for hours on it.

The star of the show on this beach is Haystack Rock and it really is impressive.  At sunset it makes a gorgeous silhouette against the sky.  I couldn’t stop taking pictures of it. Rock overload below.

It’s a popular beach so there will be lots of people on it but it’s so wide and expansive that it’s never crowded and you’ll find many people flying kites, having BBQs and enjoying mother nature.

This state park is about a 10 minute drive from Cannon Beach.  There is a scenic overlook with lots of picnic tables if you just want some great views and a nice place to sit for awhile.  I loved the views of the entire coastline.

If you want to burn some calories, there are also several hiking trails that range from easy to hard.  Steve and I did a fairly short one that I would say was easy to moderate (my Colorado hiking was 10x more difficult) and it also gave us several great views of the coastline and the temperate rain forest – so many ferns! There is also another beach area that is popular for surfing but the parking lot was already full there (this is a VERY popular park – get there earlier than we did – probably by 10am).

Oregon is home to over 200 craft beer breweries.  Beer is a BIG deal in Oregon (so is wine but I’ll cover that in a post about Willamette Valley later).  We visited a few but our favorite craft brew we found was one we had never heard of before called Buoy Beer.  Their flagship beer hall and brewery was located in Astoria so we popped in there for a cold one after some sightseeing.

Our favorite was their Czech style pilsner. I am not a big beer drinker (I like the grape) but even I enjoyed this light and crisp beer.

Okay, this one may not be for everyone but I loved this movie when I was younger.  If it comes on TV, I’ll still stop and watch it.  I guess it’s one of those childhood classics to me and the story involving a group of misfit kids running from criminals, searching and finding pirate treasure and navigating caves and booby traps is still fun to watch. 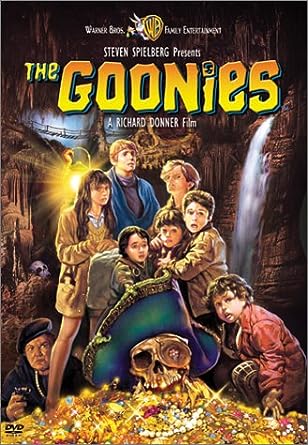 The movie was actually filmed in the area on Cannon Beach and in the seaside town of Astoria.  Steve and I drove to Astoria one day and stopped into the Goonies Museum, which is also one of the filming locations (opening scene when the Fratelli’s make the prison break).  I’ll admit it’s a pretty pathetic museum but it was still kind of fun in a corny way and there are some movie souvenirs there.  We also had fun spotting other filming locations around the town.

Visit Astoria and Have Some Amazing Seafood

Astoria is about an hour drive north from Cannon Beach and definitely worth a visit even if you don’t care about The Goonies.  It’s a beautiful seaside town that sits on the mouth of the Columbia River.  It’s also the first permanent settlement of the U.S. on the Pacific Coast and was the final stop for Lewis & Clark on their expedition. It’s an important seaport for the U.S. Northwest with a storied history of seafaring.

We stopped into the Maritime Museum and I have to admit that I was fully expecting this museum to be all kinds of major BOR-ing.  We mostly went in because I needed to pee and we had some time to kill before lunch.  I walked out a convert – it was actually a really interesting, fun and interactive museum.  I had no idea about the history of the area and how dangerous the coast is around there (perhaps the name Cape Disappointment should have tipped me off) and how difficult it is to navigate the entrance to the river.  So, I confess I should have had a more open mind!

After the museum, there is restaurant after restaurant on the wharf right by the museum and they all have beautiful river views and patios.  Walk along and stop into one (or a brewpub like Buoy) and have a cold beer and some fresh clams, halibut or skuna bay salmon.

Have a Beach Bonfire!

This was hands-down my favorite activity at Cannon Beach.  It gets very cool after the sun sets here (in the mid 50s to low 60s in summertime) and the breeze off the ocean is cool and crisp. At night we could literally see hundreds of beach bonfires set up all up and down the beach.

The best part for us was that our hotel would set us up with chairs, small table and a bundle of firewood for only $15 and our personal “fire butler” would come down and get it started for us.  For a little extra they would also provide you with wine, beer and all the goodies to make s’mores (we just brought our own wine to enjoy).

Every night we would get our fire going to watch the sunset and warm our feet by it and watch the stars comes out as we enjoyed some red wine or bubbly.  In summer, the sun doesn’t set until around 8pm and there is plenty of residual light after that so you can easily have an early dinner and still catch the last of the sunset by your fire.  Curling up with a blanket, good conversation and a blazing fire was the perfect way to end our evenings at Cannon Beach.

There are definitely  other things to do in the area, including a large state forest and tons more hiking, but these were my highlights.  We did pop into the cute village of Cannon Beach itself, which is composed of many clapboard buildings (very similar to Cape Cod), cute little gift shops and taverns.  It’s small and quaint and worth an afternoon.  Many people also head further south down the coast to visit some of the other quieter beaches like Rockaway.  Maybe on our next visit we’ll get to stop by a few of those as well!